A Return to Photography 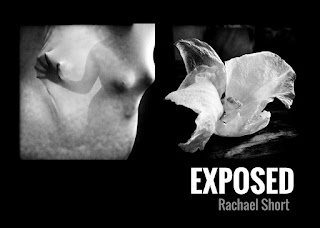 Join us for the opening of From the Shadows, photographs by Rachael Short at Gallery Exposed in Carmel, California.
Friday, October 2nd from 5-8pm.
Running through January 2nd, 2016.
From the Shadows is a series of photographs captured over a three year period, the project is a reflection of Short's life and how she learned to live again after a car accident that left her a quadriplegic in 2010.

The series is a return to photography for Short after a year of not taking a single photo do to lack of mobility. In 2011 Short had enough strength to hold an iPhone and her series From the Shadows began. Being a film/darkroom photographer the transition to the iPhone was a hard one, but her friend and fellow photographer Kim Weston suggested Platinum printing her iPhone images and from that her passion for photography was sparked again.

Posted by Rachael at 5:40 PM No comments: